Author Chris Ward on his new book "Head of Words"

George Orwell is known for his big name titles Animal Farm and 1984, but he also wrote a lesser known book that was a commercial failure upon its release called Keep The Aspidistra Flying. The book tells the story of Gordon Cornstock, a failing poet who gives up a good job to work in a bookshop in the pursuit of his “art”, while repeatedly failing to bed his girlfriend. All the while, a plant called an aspidistra watches him, almost mockingly, from the windowsill of his poky little apartment.

The whole struggling writer thing is something familiar to many young people, and my book, Head of Words, was written based partly on my own “aspidistra” days. A year after finishing university and moving home, I decided to return to my former haunt and moved back to Bristol. However, all my friends from that time were holed up in shared houses and I was forced to live on my own, in the seediest of seedy bedsits in a rather unpleasant part of Bristol called Easton.

I only lived there for six months, on the third floor of a terraced house that had been converted into bedsits, but it was probably the most influential period of my life. I saw things during those six months that I would never have otherwise had any experience of, and many of them would end up being part of Head of Words, which I wrote about two years later.

I'm envious of writers who can churn out what the market demands at will, not to mention envious of their sales figures, but I am a different kind of writer. I write first for myself, and if what I write appeals to the masses, then so be it. If not, so be it. Head of Words was a fascinating book for me to write, but one that I feel will divide opinion. In the space of a chapter it can veer from goofy comic scenes to dark scenes of drug taking, prostitution and suicide, scenes which are influenced by the days I lived at the end of a street patrolled by heroin-addicted prostitutes and shared a communal toilet/shower with a guy I suspected was a drug dealer. While some of these social issues are examined in the book, and indeed the flat where Dan Barker lives is my old bedsit (with an added bedroom and bathroom), Head of Words is more than that. It is a story of a man who doesn't know himself, but it is also me celebrating (or should it be mourning?) some of the people whose lives briefly crossed with mine during my aspidistra days, and therefore a book that is very close to my heart, even if it proves to be a critical and commercial failure. I can live with that, because I will forever be proud of the monument that it is to a fascinating period of my life.

I was only ever a spectator during those few brief months, but many of those lonely people I saw wandering up and down those streets at night are probably dead now. In a sense, then, Head of Words is my tribute to them. 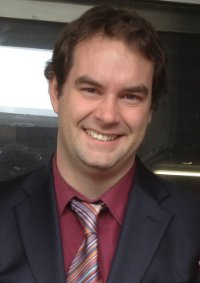 Chris Ward is a native of Cornwall, England, but currently lives and works in Nagano, Japan. He is the author of 33 published short stories, around the same number of unpublished, and eight unpublished novels, the best of which will eventually see the light of day.


He spends his time, snowboarding, writing, playing guitar in his rock band, Steampunk Unicorn (find us on youtube!), and generally having too much to say about just about everything.

Book Blurb and Review coming soon!! I see a giveaway in the future. 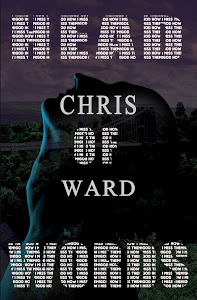